Loveland City Council will vote on CDOT plan for the future of Colo. 402 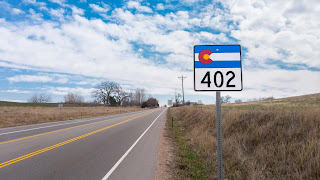 A plan for access points along a stretch of SH402 will be voted on by the Loveland City Council at their meeting tonight. The Access Control Plan, or ACP, covers SH402 between US287 and I-25, and was developed through a partnership between CDOT, Loveland, Johnstown, and Larimer County.

The ACP recommends reducing the number of access points along the corridor to improve safety and mobility. Access points would be closed, modified, or added when certain triggers are met, such as a property being developed or redeveloped causing at least a 20 percent increase in traffic.

Currently, the 4.8 miles of SH402 covered in the ACP has 78 access points, most of which have no turning restrictions. Work on the ACP began after the US 34 Planning and Environmental Linkages (PEL) study identified SH402 as a critical east-west corridor.

Read more from the Loveland Reporter-Herald.